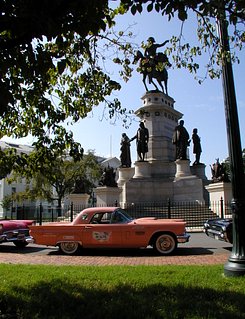 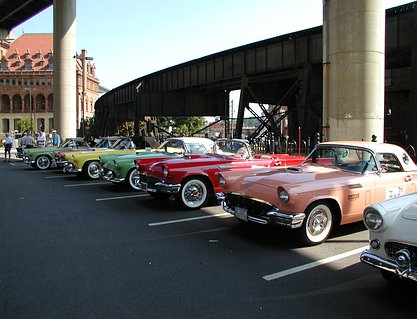 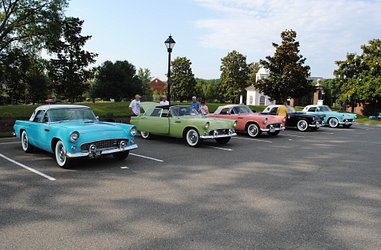 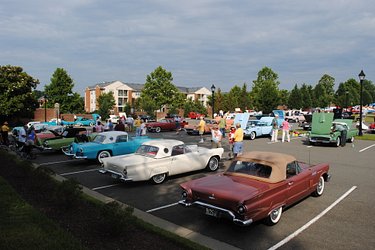 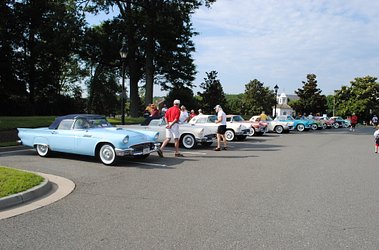 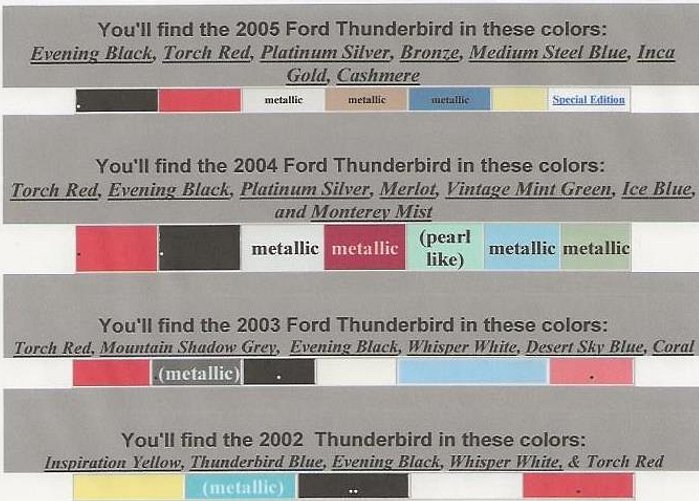 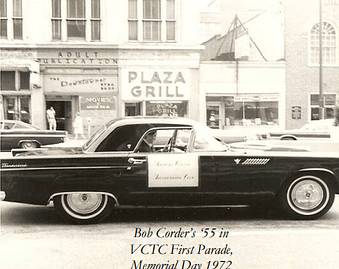 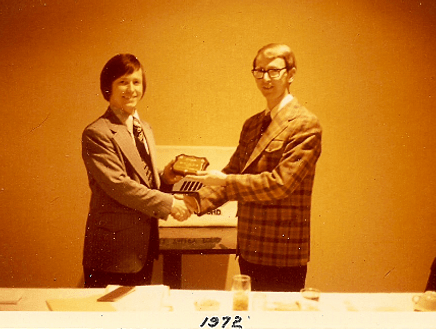 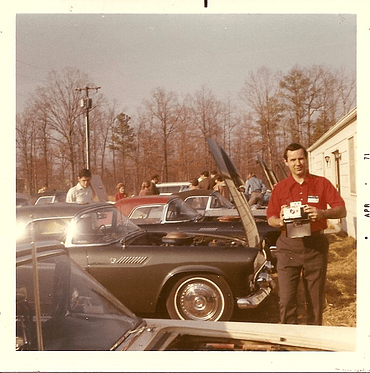 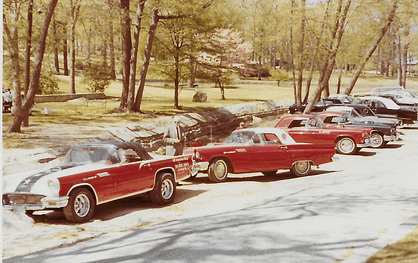 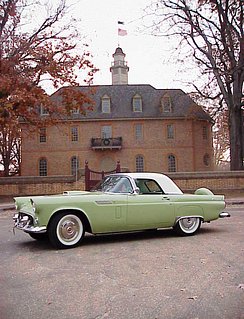 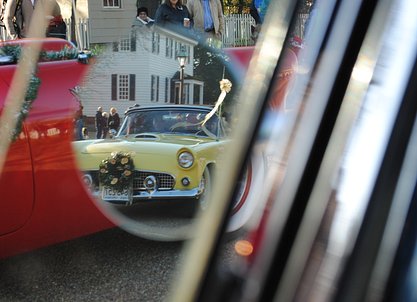 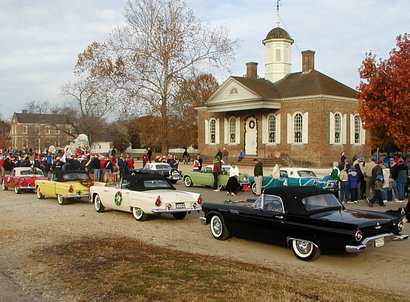 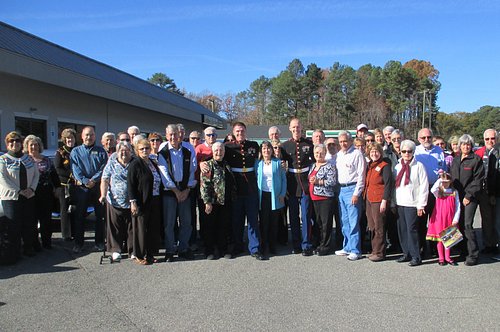 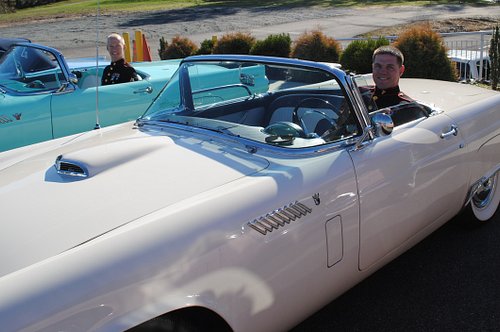 After being on hiatus for several years, Ford introduced a new Thunderbird for 2002. Returning to the original formula for the Thunderbird, the latest version had a two-seat coupe/convertible layout like the first-generation Thunderbird and retrofuturistic styling to match. The eleventh generation Thunderbird was built at Ford's Wixom Assembly Plant and was based on the company's DEW98 platform, which was shared with the Lincoln LS and Jaguar S-Type. Though the Thunderbird's exterior styling was very much unique relative to its platform mates, the interior, particularly the appearance of the dash area, instrument panel, and steering wheel, was very similar to that of the Lincoln LS. The sole engine of the Thunderbird was a Jaguar-designed AJ-30 3.9 L DOHC V8, a short-stroke (85mm) variant of the Jaguar AJ-26 4.0 L V8, making 252 horsepower (188 kW) and 267 lb·ft (362 N·m) of torque. The engine was mated to Ford's 5R55N 5-speed automatic transmission. The AJ-30 V8 was replaced by the AJ-35 in 2003 and later Thunderbirds, bringing with it variable valve timing (VVT) and electronic throttle control (ETC) as well as 280 horsepower (210 kW) and 286 lb·ft (388 N·m) of torque. Complementing the extra power and torque provided by the AJ-35 V8, a manual shift feature for the 5-speed automatic called SelectShift was available as an option in 2003 and later Thunderbirds. With sales dropping off significantly after its first model year, Ford decided to make the 2005 model year the Thunderbird's last with no scheduled successor.

The club has had joint meetings with neighboring clubs; the Potomac Thunderbird Club (several times at Bob Luken's home & at Graves Mt. Lodge) and the Star City Thunderbird Club (at the Appomattox historic site).

The club participates annually in the Historic Fredericksburg AACA Car Show and has received many "Club Participation" awards over the years.

Club members have also enjoyed participating in the annual Williamsburg Christmas Parade over many years.

VCTC has been a very active club since inception.  The following are notable highlights of club activities.

2007     Began friendly competition for the "Most Miles Driven" Trophy

I received a phone call one evening in early 1971 from a guy named Jim Oakes (James A. Oakes) who was living at that time in Richmond but later moved to Pennsylvania. He stated that he had a ‘56 T’Bird and understood that I had a classic T’Bird. When I told Jim that I had a ‘55 Bird, he wanted to know if I was interested in helping him organize a club for the classic T’Birds, and I told him that I was interested. We later contacted another classic T’Bird owner, Ron Peters (Ronald W. Peters) who, like me, lived in Chesterfield County. Ron owned a ‘57 T’Bird, and he too, was interested in helping form a club. As if it were meant to be, we had all three years of the classic T’Birds represented among the three of us! We planned a meeting at my house for the following week.

After the three of us got together that day, we checked out each other’s ‘Birds and, after some lengthy T’Bird chatter, our conversation segued into forming a club. Everyone thought it would be a fun thing to do and a good way to promote the promethean qualities of the classic T’Birds. Not long after that meeting, we checked with the DMV to determine if there were enough classic T’Bird owners in the area to warrant the formation of a club. We were pleased to find that there were approximately 30 classic T’Birds in the Richmond metropolitan area, so we proceeded with laying the groundwork for forming a club. The three of us agreed that, if a club were to be formed, it should be named the Virginia Classic Thunderbird Club because we envisioned classic T’Bird owners from across the State joining as time progressed. I volunteered to fashion a design for the club emblem which was later approved by Jim and Ron (and, eventually, the membership). I also investigated the legal requirements for forming a non-profit organization. Soon thereafter, we set a date, time, and place for an organizational meeting and invited prospective classic T’Bird owners to attend.

Club Activities During The First Year

The first Club activity was a picnic held in April 1971 at Richmond’s Bryan Park. A total of ten T’Birds and one ’50 Ford convertible were driven. Other activities to follow that year included an economy run (in July) from Chesterfield County to Appomattox, Virginia; and a tour and luncheon aboard the USS Inchon which was docked at Norfolk (the Captain, Bob Ward, had joined the Club). For many years, all the Club activities involved either participating in parades, luncheons at various restaurants, and trips to historical points of interest.

Later, for many years, activities devolved into getting together at the homes of members for lunch and refreshments and T’Bird talk.

Sadly, Jim Oakes passed away much too soon (in 1985) as the result of a heart attack. He had dropped his membership in VCTC in either 1978 or 1979 after moving to Pennsylvania. He and I continued to stay in touch from time to time until his death. Ron Peters also dropped his membership around the same time that Jim did, and became involved with another kind of “bird”.... the Pontiac Firebird. He and I still get together for lunch now and then. As the “Lone Ranger” of co-founders, I can state that I am proud to have served for several terms as President of VCTC and also to have been elected by the voting members of Region 4 to serve two terms on the CTCI Board of Directors. In addition, I was honored (in 2001) to have been presented with Lifetime Membership status in VCTC. In the words of the late Lew Wright.... “T’Birding is so much fun!”

I arranged for the organizational meeting to be held March 14, 1971 at the Civic Association building of the Greenfield subdivision in Chesterfield County, where I was then living. Approximately 15 classic T’Birds, in various states of repair, were driven to the meeting. After checking out the T’Birds, we got down to business with Jim, Ron, and me presenting our idea of forming a club. We discussed the steps we had taken up to that time and the remaining steps required to accomplish the goal. Everyone in attendance agreed with the idea of forming a club, and many were ready to pay the pre-determined $6.00 fee that very day! With that affirmation, Jim Oakes volunteered to serve as President, and I volunteered to serve as Activities Chairman. Walter “Buddy” Fowler (who owned a ‘57 Bird) was asked to serve as Secretary-Treasurer, and he accepted. After that meeting, the officers soon went to work drafting by-laws, crafting a club newsletter and giving it a name: T’Bird Times (borrowing from the old Ford Times magazine). Also, application was made to the State Corporation Commission for incorporation as a non-profit organization. Afterward, application was made for affiliation with the Classic Thunderbird Club International (CTCI). Approval was received on April 24, 1971, and the club was designated as Chapter #36. Our nascent Virginia Classic Thunderbird Club was finally taking flight with a total of 26 members!

In an effort to gain greater publicity for our newly formed Club, I contacted the Richmond Times Dispatch in July 1972 and notified its business office about VCTC. A reporter was subsequently dispatched to my house for an interview with me, and later, a photo shoot with the three cofounders of the Club and their cars. The newspaper article and accompanying photo appeared in the July 26, 1972 edition of the paper. At our Christmas luncheon in 1972, I was presented with a plaque commemorating my service as President that year. It was presented to me by the incoming President, Ron Peters. Little did I know that I would later be recycled (much like an aluminum can) as President as well as other offices and various committees.

The Club first displayed some of its nicer T’Birds in 1972 at the now-defunct Azalea Mall Shopping Center in Richmond. In June of that year, the Club also participated in its first parade which was the then-annual Memorial Day parade along Broad Street in Richmond. That was followed in October with the Club’s participation in the then-annual Tobacco Bowl Festival parade in Richmond. As a side note, it was at a later Tobacco Bowl Festival parade that I met the Parade Marshall, James MacArthur (who played “Dano” on TV’s “Hawaii Five-0" series). He was looking at my recently restored ‘55 Bird prior to the start of the parade and told me that he had a black ‘56 that his mother had given to him as a high school graduation gift! We chatted for a while about T’Birds, and toward the end of the chat, I gave him my business card and asked him to let me know he ever decided to sell his ‘Bird. Strangely, I never heard from him again!

The Ford Thunderbird was a car manufactured in the United States by the Ford Motor Company. It entered production for the 1955 model year as a two-seater sporty car but, unlike the similar Chevrolet Corvette, the Thunderbird was never sold as a full-blown sports car. Ford described it as a personal luxury car, a description which named a new market segment. In 1958, the Thunderbird gained a second row of seats. Succeeding generations became larger until the line was downsized in 1977 and again in 1980. Sales were good until the 1990s, when large 2-door coupes became unpopular; production ceased after 1997. In 2002, a revived 2-seat model was launched, which was available through the end of the 2005 model year.

The Club annually supports the "Toys for Tots" campaign and helps collect toys for this project.  It's great when The Marines are able to provide 'some of their own' to receive our donations at a Fall meeting.